“Hey lady, point your finger one more time and that’ll be yours!” said a guy next to me who noticed how my animated conversation with my pal at a country auction was attracting the attention of the auctioneer. (I think I was inadvertently bidding on a garden tiller. No problem – we could use that.) “This is the epitome of country auctions,” exclaimed my pal from Westphalia, as we stood in the morning sunshine surrounded by lots of other sweaty bargain hunters. Earlier, my pal had called to tell me about an estate auction, and since I had the day free, I tooled on up the highway along with my husband, my daughter and her friend to the little burg of Westphalia.

Why I Love Country Auctions

Ever since my first outing to an Ozarks country auction more than 20 years ago, I’ve been hooked. These events not only play host to incredible bargains, but also afford the opportunity to get immersed in the culture of that particular neck of the woods for a while. 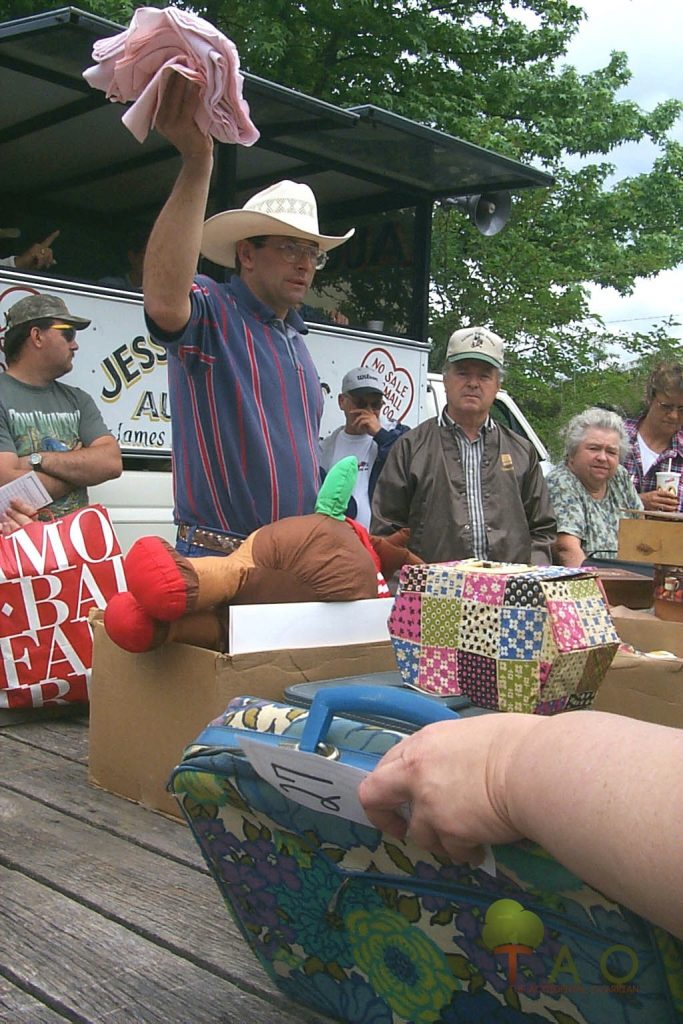 There’s just something special about country auctions, the kind where you actually go to the property where the folks who are parting with their treasures live or once lived. When I first attended a country auction, I wound up buying a three-piece bedroom suite (which stayed in the basement of my in-laws’ place near Norwood for at least three years before I could retrieve it), an old curling iron and an iron. Both appliances were pre-electricity era – in other words, totally useless.

Unfortunately, according to the auctioneer, these types of on-site auctions are on the way out. For the most part, folks today are having their stuff hauled to auction houses located in cities and towns.

You know, it seems to me that this trend is not good. Country auctions are more than places to buy treasures and to find bargains. For those who live in the community where the auction is being held, auctions are places to see the folks they normally see at school functions, funerals, church and weddings. Usually, thanks to someone’s demise, the community comes together to help part and parcel off his goods, and to catch up on the latest news.

Country auctions are places where green Ozarkians such as myself can learn some stuff. For example, I’d never seen a mole trap before. I didn’t even know they existed. And the ice chopping tool? Who’d a thought something that looked like it belonged in the Gold Rush was really just used down the road at the local icehouse?

Country auctions also teach oral history. For example, the family who held the auction had been in the house building business at least 100 years ago. Therefore, an assortment of wooden planes, vises and old tools adorned one tabletop. This station was really popular with the guys and their stories about why this or that was once used.

Boot racks, Christmas decorations, a wringer washer, along with stuff you’d normally throw out – you’ll see it all at a country auction. You’ll also see more people standing around talking at country auctions than actually bidding on the stuff.

Hey, if the stuff isn’t interesting, the people sure are. I’ve been to large cities and down in the subways of large foreign cities and not seen such interesting looking characters. There are always the serious bidders, the ones who wear their bidding numbers like trout tags on their ball caps and carry boxes of flotsam and jetsam around.

Then there’s the skinny old woman in green flowery stretch pant shorts, with a green straw hat on her head and a cigarette hanging out of her mouth. Old men sit in the shade in webbed lawn chairs from the ’50s, and little boys run around poking their fingers into places that could be dangerous, while their parents trust guardian angels to do their jobs. 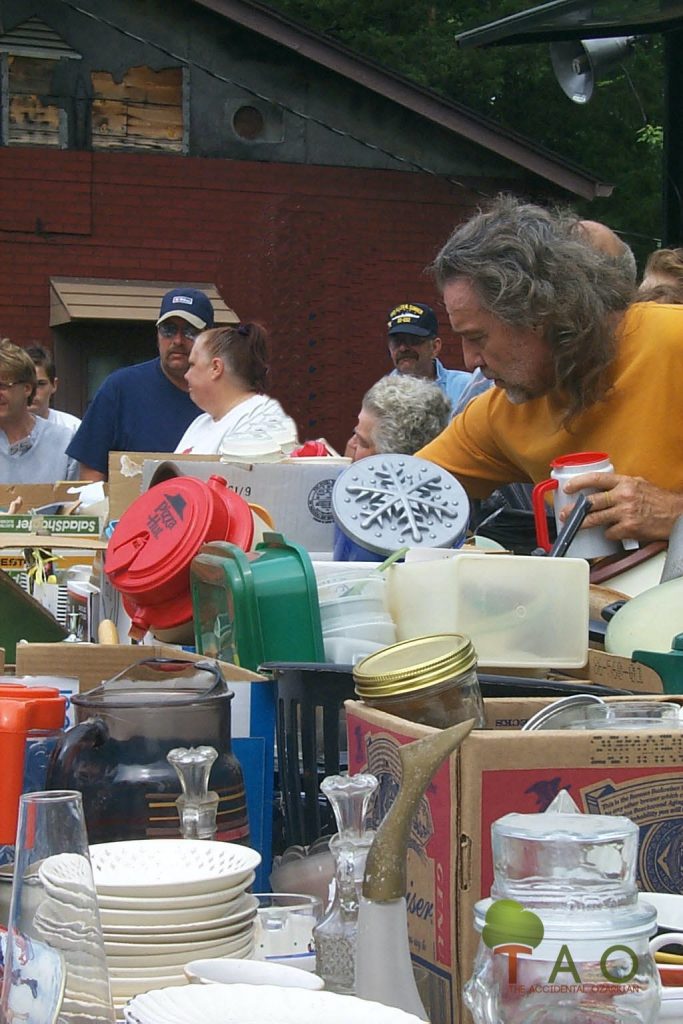 All in all, it’s a great mix. It’s a fun day, and if you’re lucky, you’ll come away with a treasure or two, which means usually something you had no idea that you needed until you saw it. Take for example an auction I attended a while back, where for some reason I had to get the WWII German style gas mask. It makes a great toilet paper cover on the tank of the toilet in the guest bathroom.

And I’m pretty sure we’ll find a use for the corn scythe I purchased, too. If not, it’ll look good outside by the old wagon wheel. 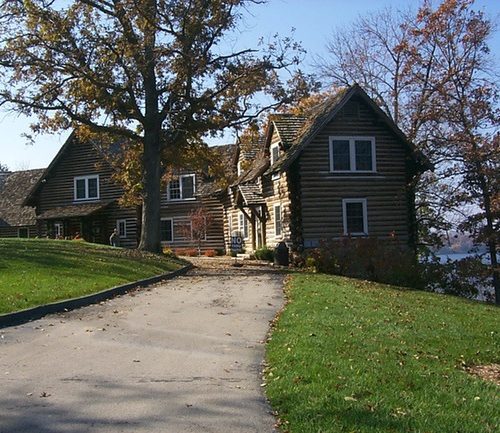 Willmore Lodge at Lake of the Ozarks 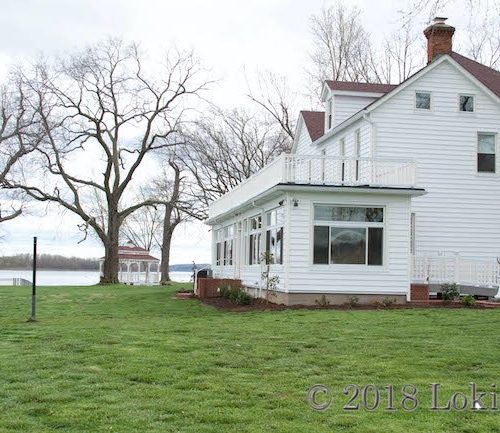