To the victors go the spoils of war. To the losers go profound heartache. This fact is poignantly revealed by taking a trip to the Confederate Memorial State Historic Site, near Higginsville, Mo.

After the Civil War, there remained issues yet unresolved. The border state of Missouri had suffered an emotional roller coaster ride of clashing actions – from bushwhackers, Southern sympathizers, Union and Confederate troops, and abolitionists.

What should be done about tens of thousands of Confederate soldiers who not only fought for the cause, but who had to reinsert themselves into a society that had changed forever?

Annual reunions of the Ex-Confederate Association of Missouri allowed the survivors and their families to reacquaint themselves with each other and to remember the cause. During one such reunion in Higginsville in 1889, the men decided it was time to find a place for former Confederates, many destitute and ill, their widows, wives and children. They formed the Confederate Home Association.

In 1890 they bought 360 acres north of Higginsville. Although several states established homes for Confederate veterans, Missouri was unique because it built its establishment solely through volunteer donations, thanks to a group of women who called themselves the Daughters of the Confederacy. Another unique aspect of the home is that it admitted women and children from the first day, while other homes in other states denied dependents such access.

In 1891 the Daughters of the Confederacy organized a fundraising plan, selling bricks for the future home at ten cents each. The home idea became popular quickly, and several offshoots of the organization formed local Daughters of the Confederacy chapters, holding dinners, ice-cream socials, dances and festivals. By 1893 the dream of a Colonial style home, plus 14 small cottages was realized, and offered respite to 115 residents.

By 1897 costs became burdensome and the state absorbed the establishment into its state hospital system. A Board of Trustees remained in place to oversee the home. In its heyday, the home provided shelter for 380 veterans and their families, and the Daughters added a hospital, about 30 outbuildings, and a chapel. The home provided its own steam heat and electricity and operated a dairy farm.

Perhaps one of the most significant contributions the Daughters made is the establishment of the cemetery in 1906 with its monument – the dying Lion of Lucerne, modeled after the one in Lucerne, Switzerland. 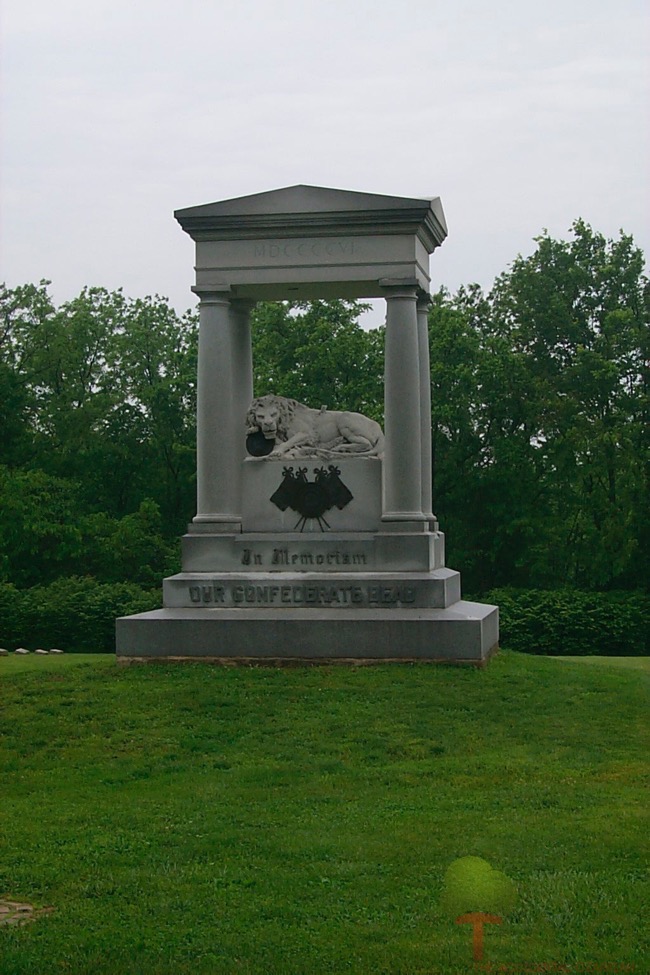 Bertel Thorwaldsen sculpted the original Lion of Lucerne in 1812, which represented the fight and defeat of the 900 Swiss Guards in 1792. The Guard defended the French royal palace, the Tuileries, until ordered by King Louis XVI to lay down their arms (in a gesture of goodwill). The mob of 30,000 then ripped the Guard to shreds.

Just as the Lion of Lucerne lies with a lance in its heart, so does the lion in this cemetery, and instead of his paw at rest on the coat of arms of the Bourbon Kings, it lies over the Confederate Seal.

Mark Twain described the original work in Switzerland in “A Tramp Abroad”: “The Lion of Lucerne is the most mournful and moving piece of stone in the world.” Mournful fits the atmosphere at this Missouri site. More than 800 graves of Confederates and their families lie in the beautifully manicured cemetery.

The last Confederate to die at the home was John T. Graves in 1950. He lived to be 108-years old, and his grave epitaph reads “The Last of Shelby’s Men.” After Graves’s death, the four remaining widows were moved to a nursing home, and the state closed the home. 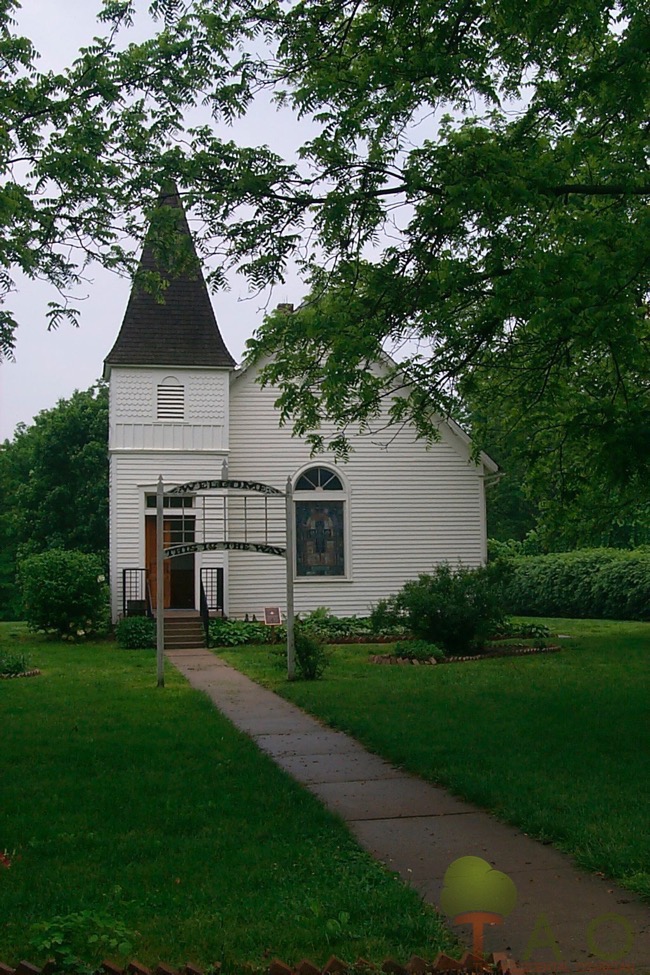 A white board chapel stands a short walk away from the cemetery. It is one of two Confederate Memorial Chapels left in the country, and has a museum in the basement. A walking path, six fishing ponds stocked with bass, bluegill and catfish, and open green picnic areas invite Missourians to step back and soak up Missouri history – with all its glory, splendor, and sorrow.

For more information, contact the site office at (660) 584-2853. Higginsville is near Lexington and Kansas City, Missouri. Website: www.mostateparks.com/confedmem.htm. 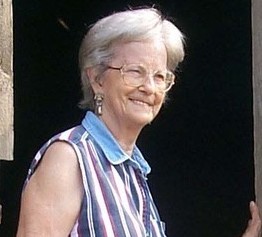 Julia Johannesmeyer: On Midwifery in the Ozarks