“How about if we stop to see Bothwell Lodge State Historic Site on our way home from dropping Alec off at camp?” asked my husband.

I thought about the proposal, and then looked at a map to see if I could find any other places near Sedalia that I would rather visit. After scouring the map, I agreed to go to Bothwell Park—reluctantly.

You see, I’ve been to many manors, lodges and castles in Europe, and frankly, I didn’t come away from the tours of these places all that impressed. In fact, sometimes it overwhelmed me to see Rococo or Victorian styles with the excessive ornamentation and gilded work. Lately, I’d read a few travel pieces about Bothwell Lodge, and I just wasn’t all that interested in seeing it.

“There’s a hiking trail, too,” added my husband. That sold me on the idea.

The weather lately has been picture perfect and this day was no exception. We arrived at Bothwell State Park in the early afternoon. We decided to take the hike first and then go on the tour of the house.

The trail was surrounded by lush vegetation and we quickly found ourselves picking up the pace and starting to unwind. A breeze kept us cool. 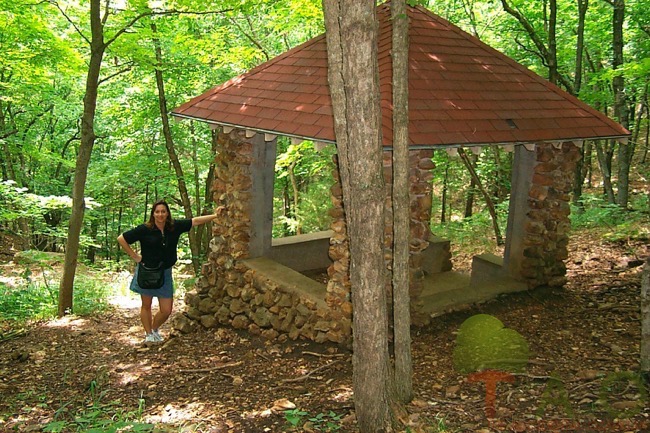 We admired the stone gazebo and meandered to the second point, a three-sided rock shelter complete with fireplace. According to literature about the trail, gypsies used the shelter. After completing the three-quarter-mile hike we headed back up the hill to take the guided tour of the lodge.

The Department of Natural Resources manages the park. Historian/tour guide Doug Cline led our tour. Very quickly, I could tell that this was going to be a refreshingly different experience from other tours I’d taken. Cline says he has a degree in “Bothwell.”

John Homer Bothwell, a philanthropist/lawyer/circuit judge/businessman/state representative from Pettis County in the late 1800s-early 1900s, started building this lodge on a 120-foot bluff in 1897. He called it Stonyridge Farm.

According to Cline, for more than 30 years it was a work in progress. Cline thinks that if Bothwell had lived a little longer, there would have been another tower built to match the present one.

Throughout the tour of the three-winged, 31-room house, we were allowed to poke our heads into nooks and crannies. We admired the “modern technology” of air conditioning, created by a wooden “well kerb” that opens into one of the three caves located underneath the massive rock structure. The shaft to the cave has links to a stairwell in the house, and this cave air could directly cool some of the rooms. 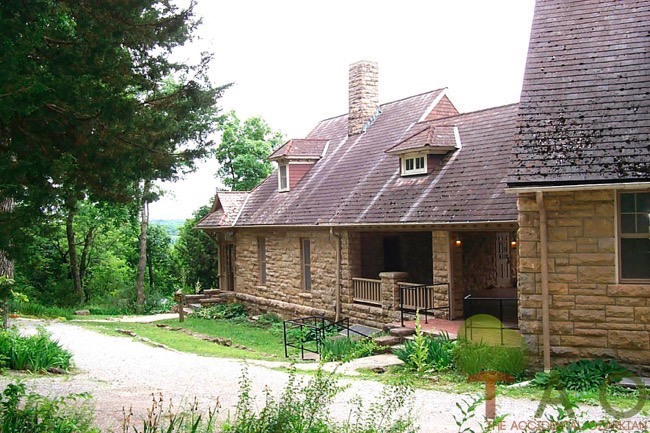 Cline wove the tale of Bothwell’s life into the history of the house, stressing the importance of the Arts and Crafts Movement of that time, and how Bothwell incorporated this movement into his philosophy.

It might help to know that the Arts and Crafts Movement started after the Industrial Revolution began in England. Men such as William Morris, Frank Lloyd Wright, and Gustav Stickley contributed to the popularity of the style. The style of architecture is closely connected to a lifestyle—where ornamentation and elaborate facades are not appreciated. The Arts and Crafts Movement (some call it Mission style) focuses on the beauty of nature and the craftsmanship of artisans.

Only two of the more than 100 windows in Bothwell Lodge have curtains, and that was at the behest of Bothwell’s two nieces, who begged him to allow them the privacy that curtains afforded.

He preferred to let nature into the rooms; therefore, the colors used throughout the home are subtle. Window dressings and elaborate ornamentations do not exist, and the furniture is simple and made of beautiful wood.

In fact, Bothwell refused to use tablecloths. When he was at the Lodge, even the Governor of Missouri used a newspaper placemat, just as the master of the Lodge did. 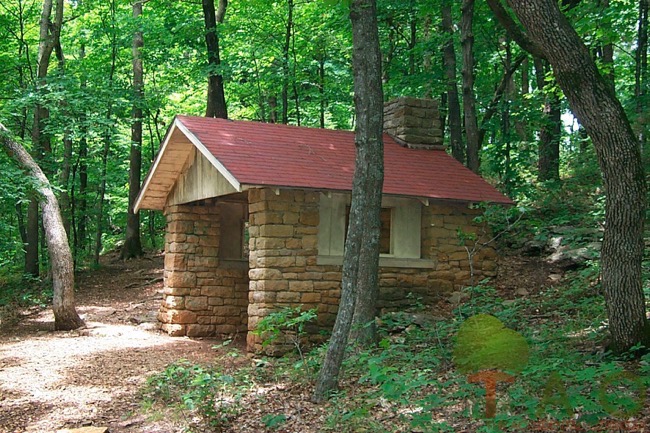 During the tour, history began to come alive, and the Arts and Crafts Movement started to make more sense to me as Cline told tale after tale of life in the lodge. Cline has spent many hours talking to former house employees of Bothwell’s, and he related amusing anecdotes and melancholy moments.

The tour moved quickly—from the music room, to the grand library, to Bothwell’s office on the top floor, down to his workshop under the foundation, and out on the veranda.

Cline said that Bothwell and his friends called themselves “gypsies,” and Bothwell would prepare four-course meals outdoors in the three-sided building that we’d found on our hike earlier. Bothwell’s numerous friends (more than 2,000 guest book entries have been recorded at the Lodge during Bothwell’s life) could visit Stonyridge any time the flags were flying. “And they were always flying,” said Cline.

In 1929, Bothwell died. He bequeathed the lodge to the “Bothwell Lodge Club,” which included of several of his friends. The will stated that when the number of club members dwindled to five, the lodge and property would be donated to the state.

The state of Missouri acquired Bothwell’s Stonyridge in 1974. The lodge and 180 acres (today there are 250 acres) were dedicated in 1979.

Bothwell Lodge State Historic Site is located north of Sedalia on US Highway 65. 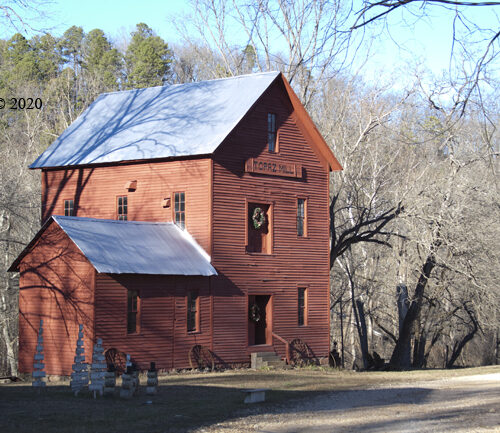 A Visit to Topaz Mill