I love to find roadside attractions and one-offs. If you visit Springfield, Missouri, aka “the Queen City of the Ozarks,” you might want to drive by and see the world’s largest fork and noodle.

The two attractions are not located in the same place, but it won’t take long to get from one to the other.

I have to chuckle, because on Trip Advisor, it actually apologizes that there isn’t a tour of the world’s largest fork. Nope, you can’t ride an elevator up to the top of the fork. However, it is 35 feet tall and weighs 11 tons. Located in a hip district with lofts and such, at 2215 W. Chesterfield Boulevard, the fork stands stuck in the ground in front of an office building.

History of the Fork

This fork used to stand in front of a Mexican restaurant on Glenstone Avenue back in 1998, and when that business closed, Noble & Associates, an ad agency, transported the utensil to its new location. The agency does work for the food industry, and everyone knows you need a fork to eat.

Parking is free near the fork.

I’m calling this one the “World’s Largest Noodle.” The giant macaroni noodle measures 20 feet long, 4 feet wide and stands 10 feet tall. It sits in front of the Kraft Heinz plant and can be seen if you drive by 2035 East Bennett Street. You’ll have to park down the street at a strip mall and walk a a couple of blocks to get the full view, but it’s worth it.

The noodle weighs a ton, and that’s without cheese.

According to the “Springfield News-Leader,” in a January 2017 article, this noodle came from Kraft Foods headquarters in Northfield, Illinois (near Chicago). When the J.J. Heinz Company purchased Kraft, the noodle had to go. But where?

Springfield’s Kraft location makes the iconic childhood food Kraft Mac & Cheese, so naturally, it became the perfect home for the noodle. The plant also, according to the paper, makes Kraft American Singles and Cracker Barrel cheese. I doubt there will be the world’s largest wrapped slice of cheese in the future, but you never know.

But there’s more to this noodle than meets the eye. Supposedly, again according to the trusty resource of Springfield’s local newspaper, there used to be more giant macaroni noodles that travelled the country, part of a marketing campaign. They appeared outside of Wrigley Field in Chicago, San Francisco’s Fisherman’s Wharf Pier 39, Philadelphia’s Love Park and other notable spots.

The noodle is not from that famous collection of noodles, but resembles the others. In fact, here’s a little video that Kraft did back in 2012 and it features placing a noodle on location.

With the quote on the side, “You know you love it,” the world’s (possibly) largest macaroni noodle makes for a great conversational piece and also, in my opinion, is worth a stop to see.

By the way, if you drive by at night, both the fork and the noodle are specially lit. 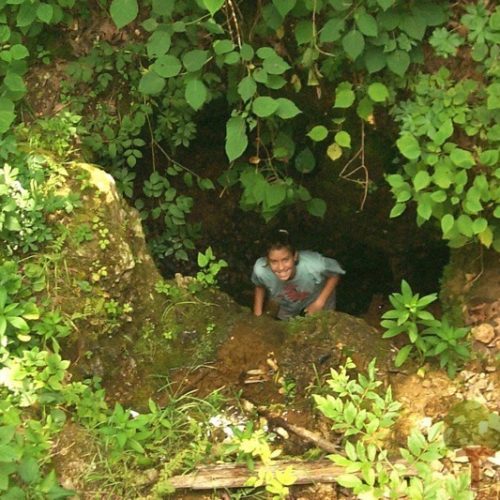 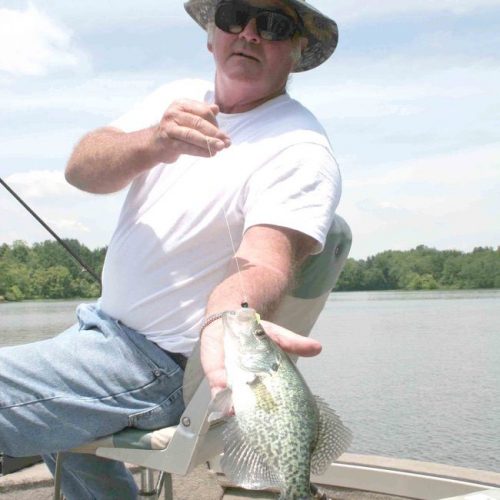