“Hey, look!” said my pal, Mozelle, from the back seat of the Silver Bullet (1991 Silverado Suburban) as we tooled down an old country road somewhere in Osage County a while ago. “It’s an upside-down turtle.”

“Oooh, stop the truck,” ordered my other pal, Melody.

Sure enough, I’d just driven past a turtle in dire straits. After running back to the poor critter, I picked him up and placed him in the weeds beside the road. I began to wonder what else would lie ahead on this, another adventure, in the outback of the Ozarks.

As we bounced and jostled through the next few miles of poorly graded, dusty roads, the expanse of the Gasconade River’s bottomland with its lush green grass rolling in waves appeared. Julia and Pete Johannesmeyer, my newfound friends from Freeburg, also came along for the ride and to give us the tour of a former resort on the old Rock Island Line called Gascondy. 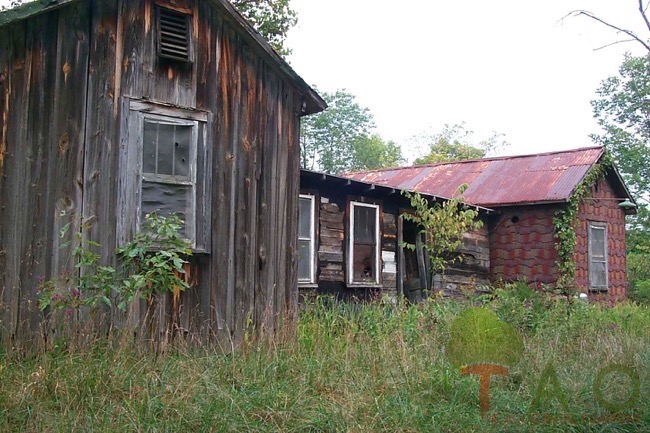 Julia grew up on huge farm across the valley from the Gascondy Resort. But, before we headed out to find it, we stopped to get another “tour guide”—Julia’s older brother, 92-year-old Adolph Klebba.

Mr. Klebba still lives on the family farm and when we pulled up to the driveway, we found him outside trimming unwanted cedar sprouts. He then came back to his house and we all enjoyed a picnic of fried chicken on the porch.

I particularly liked hearing about life from about 1915 until today. Among Julia, Pete and Adolph, there were eclectic collections of memories, as you can imagine.

When it came time to find the resort, we headed off in two trucks; Mr. Klebba drives a Ford pick-up with a camper top. With his white cowboy ten-gallon hat in place on his head, he led the way up the ridge to the resort. 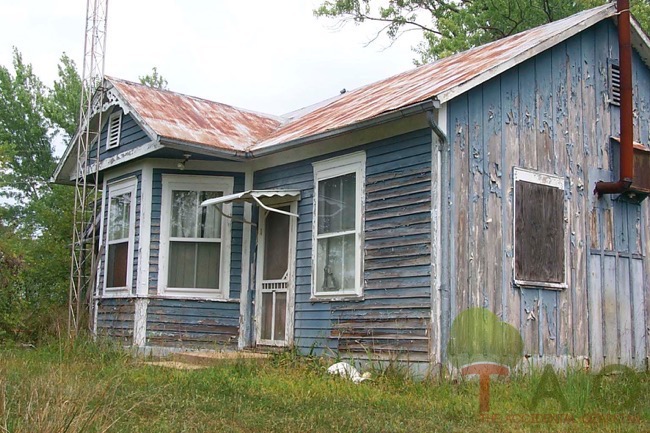 I don’t think we could have imagined anything like this, without being on site. A few old cabins remain, and Mr. Klebba said some of the cabins were constructed out of wood originally used for buildings at the 1904 World’s Fair in St. Louis.

He also pointed to the existing cabins lined up in a neat row. One of the cabins is used as a hunting cabin, but the others stood dilapidated and abandoned. The resort is on private property today, and we had permission to be on site that day.

Julia started talking about how she and her sister, Rita, would bring fresh eggs, butter, bread and milk to the resort. Julia also said that a bit of role-reversal happened. She recalled, “Like us going to St. Louis and we’d go to the zoo to see something, they’d come over to the house and watch us milk, and then they’d even come in on the porch . . . we had a separator, and they’d see how the cream and milk was separated out of the milk” 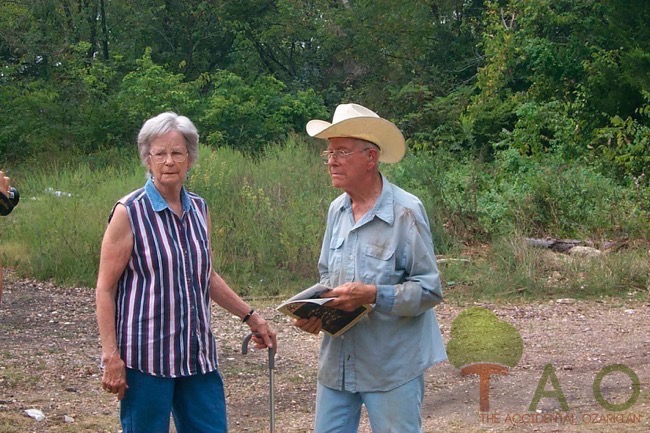 The brother and sister pointed out where the tennis court once lay, and they also showed us where the clubhouse and icehouse were located. In its heyday, Gascondy had a lodge, eight cabins, depot and a post office. Julia said the resort employed about 25 people.

According to Mr. Klebba, unmarried female guests stayed in the top of the clubhouse and single men stayed in the “stag cabin.” He chuckled when he recalled how he’d heard that some of the men got mixed up about where they should stay.

While there, guests could hunt, fish, ride horses, hike, enjoy a picnic lunch at a brick barbeque pit, play tennis and croquet, and just relax. For those city folks from the early part of the last century, Gascondy offered a place where they could leave their troubles behind.

The resort was the dream of a man named Hugh T. Pattison, from the St. Louis Irish section of Kerry Patch. Pattison purchased 14 acres in 1904 from Mr. Klebba’s father and uncle, who owned the property. Pattison built his resort (with the help of other financial giants in St. Louis, including Adolphus Busch) after being assured that the Rock Island Line intended to operate a passenger service to his place.

In fact, the Rock Island Line (“a mighty fine line,” as the song goes) ran a 157-mile route from St. Louis to Eldon.  There was no road to the resort. If folks wanted to visit, they had to take the train.

And take the train they did. The resort officially opened for business in 1906. Adolph Klebba was born in 1910, in the house his father built in 1904. Not only was the resort famous for recreation, it had good food.

According to Steven C. Parsons in a July 1992 article, “Gascondy Resort: The Flowering and Fading of One Man’s Vision,” in “The Ozarks Mountaineer,” passengers used to stop to eat at Gascondy. The rail line also ran a two or three car train called “the Gascondy Plug,” which brought guests for weeklong or weekend stays. 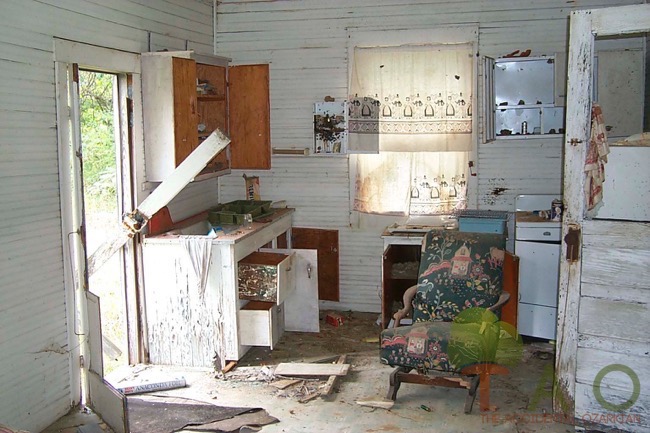 The last group of folks came to Gascondy after WWII. At that time, according to Mr. Klebba, the lure of the highway took folks farther and farther away from the vacation hotspots of the Ozarks.  Mr. Klebba said sorrowfully, but with a twinkle in his eye, “About the time my brother and I realized there was a real difference between boys and girls, the girls couldn’t come out.” 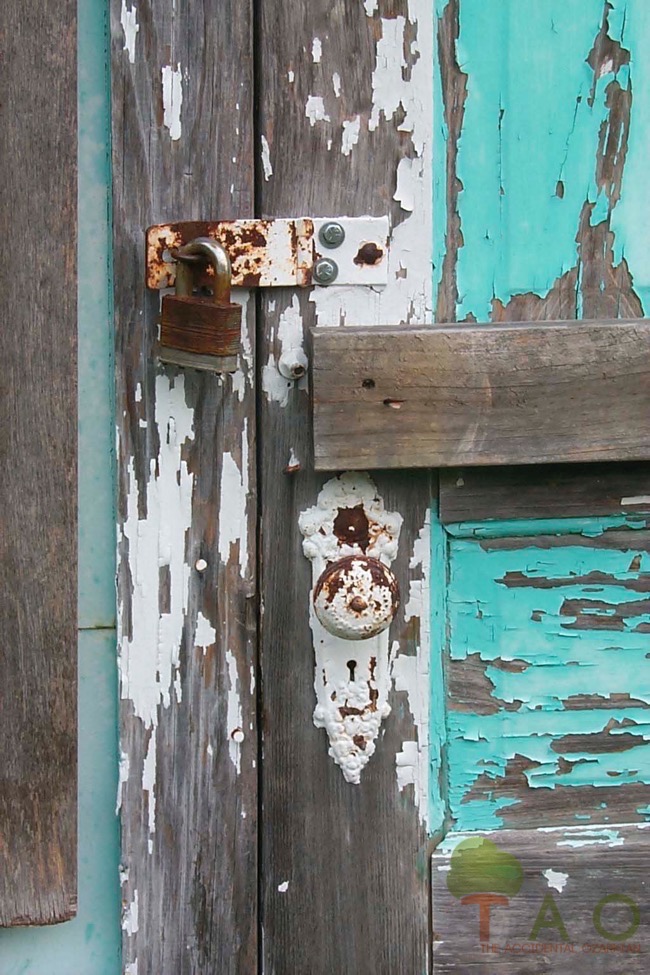 We finished the tour of Gascondy with a walk out on the truss bridge that spanned that wide river valley, feeling the wind blowing not only sideways, but come right up from under the ties. As I looked back at the site from the bridge, I thought it seemed such a happy place.

Just as Parsons summed it up in his fine article, the Gascondy Resort bloomed for a while, and then, faded away. But it serves its purpose, just like lots of other places in the Ozarks that speak to us today—inviting us back for awhile to reminisce and refresh our minds, with the thoughts that maybe the simple life back then wasn’t so bad after all. 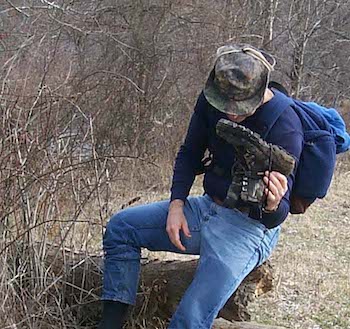 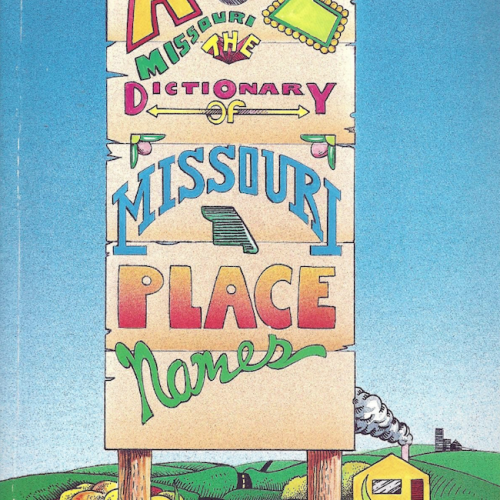 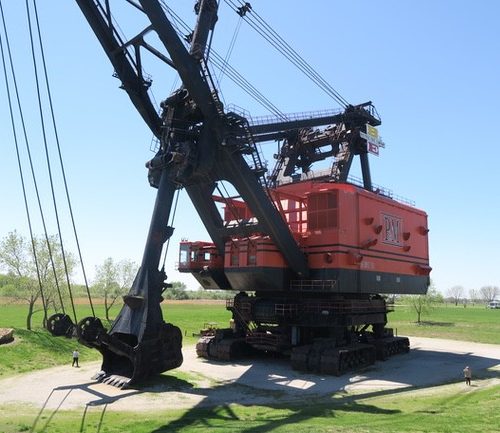