Raine Clotfelter, aka “America’s Muralist,” put the finishing touches on a striking mural, “The Freedom Silo,” in Monett, Missouri, this past fall. It’s a beautiful rendition of an eagle and an American flag, and the “canvas” is not a wall, but a silo located in the downtown area near the railroad tracks. The town held a dedication in early October to commemorate the patriotic touch.

Clotfelter added this work of art to a long list – at least 170 murals across the country so far. As a kid who grew up in rural Oklahoma in the 1960s, Clotfelter didn’t have the advantage of art education in high school. “My notebooks were full of doodling. I sat down at my desk and drew something, and then tried something else and then something else.”

He continued, “My dad had a Webster’s dictionary – a big thick one that was about 10-inches thick – that that was full of ink drawings. I would sit and draw the pictures that were in the dictionary.”

Life in the Navy

During his time onboard, he learned that the Navy does have illustrator draftsmen (DM), so he took a course and started inquiring about a position. Because of being short-handed, the Navy kept Clotfelter scraping paint for a year-and-a-half. However, his reputation as an artist became known among the ranks and the ship’s chief asked him to paint lettering (USS Newport) on a life ring to give as a gift to the US Ambassador when the ship arrived in port.

Clotfelter said, “I got a little crazy with it. I did a portrait of the ship and the commanding officer … my chief came to me, and I handed it to him and he said, ‘This isn’t want I wanted. I just wanted the lettering.’”

When the ship pulled into port, Clotfelter heard his name being called to appear at the captain’s office. He started apologizing for embellishing the life ring, and the captain told him not to apologize and that Clotfelter needed to train to be a Navy artist. And in 2 weeks, Clotfelter found himself training to become a DM.

After a successful career in the Navy, including doing several murals, he decided to set up his own mural business. You may see a list of accolades surrounding Clotfelter’s military service and his contributions as a DM here. Privately, some of his clients have included Walt Disney Production, Columbia Pictures Entertainment, Tri-Star Entertainment, Time Warner, Branson Teleproduction, Table Rock Entertainment and many more. You can see his art in the World’s Largest Toy Museum in Branson. He says it’s a place where he can paint when the weather is too cold to be outdoors.

Monett’s city administrator, Dennis Pyle, approached Raine about painting a 130-year-old silo a few years ago. It took the city some time to acquire the silo and property and then had the silo’s structure tested, before Clotfelter picked up a brush and started painting.

“The Monett mural is the tallest mural I’ve ever done (60 feet). I had to do it by grid. I had to put folds in it, and I got kinda crazy with the neck feathers with that eagle. I made them swish back and forth. I got a little artsy with it,” said Clotfelter.

“Dennis wanted to know if I could just paint the whole thing. I told him I’d be painting over 130 years of history if I did that. My thought was, why don’t we leave the old patina on there, and I’ll grid it out, and I’ll prime the area that I want to paint, and I’ll just paint over what I need to … and I’ve had a lot of compliments about how cool the silver and black is and I agree,” said Clotfelter.

He continued, “I’ve painted more than 170 pieces, and 60% of them have been walls. I don’t know if it’s because of the time we’re in, with the election, but that silo … the base would fill up in the parking lot. You can go over there any day of the week and there are cars in that parking lot. I’ve never had a mural do that before. Some people were weeping.” The Monett Main Street Association dubbed it “The Freedom Silo.”

What the Future Holds for America’s Muralist

Clotfelter’s work stretches across this great nation, and although the themes may vary, the general principle is there: it must be wholesome.

Clotfelter is in the process of creating a TV series, “The American Muralist,” on a major TV network in 2021. Until then, you may see documentation of his work at his YouTube channel. He explained, “A lot of the stuff on television, reality TV, is junk. First of all, it’s all staged. Everything that we do, it will happen as it happens. There’s so much filth out there. We don’t need a circus side show, we want normal people that live a normal life. We’ll do this artwork and it won’t offend anybody. It’s history; it doesn’t need to have an edge. I don’t want any edge.”

The Freedom Silo in Monett is free of charge to visit. You can’t miss it – as it’s one of the tallest buildings in the downtown area.

Traditions: Deer Hunting in the Ozarks
A Visit to the Topaz General Store 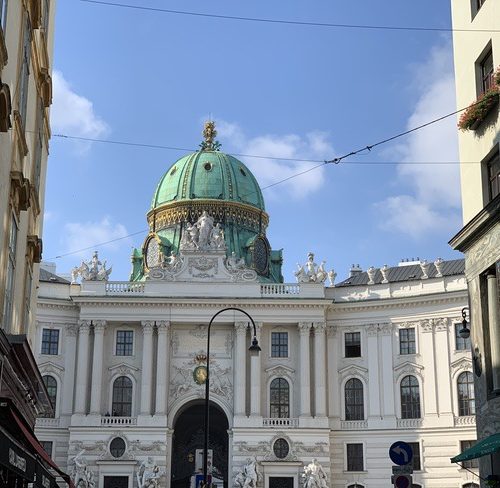 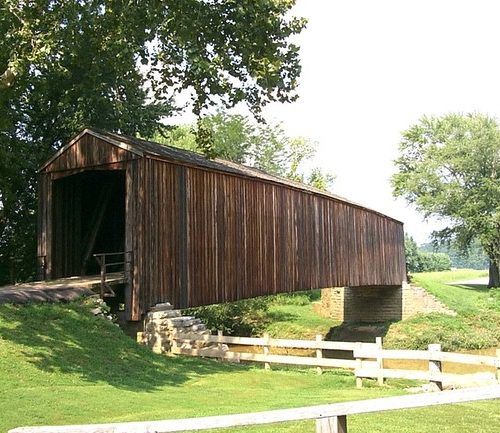